Is repetition necessary for a 2E??

I've often asked whether the "Mad Math Minute" is necessary for education. It causes my 2E child no end of stress. We know that he has more information to sort through in his brain to get the correct answer and he's rarely (never) the first child with his hand in the air. He's thinking through every possible answer and filtering down to the most correct one.

Add in the fact that my Nathan is actually thinking in pictures and English is his 2nd language and you've got another delay in response. He decodes every question back into pictures, finds the answer and codes the pictures back to English. It's time consuming (and exhausting) to spend all day every day translating everything. 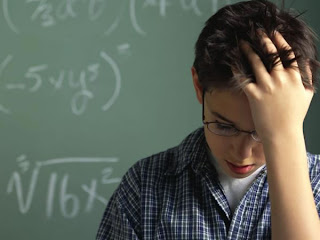 Then we put a Mad Math Minute in front of him. You have to get all 30 questions right in x-amount of minutes. If you don't get all 30 correct, you have to keep doing that test until you pass all 30. Then you move to the next difficult one. When the timer starts, Nathan freezes. He panics because he knows he's slower than other children and spends all his time watching the clock instead of doing problems.
The kicker to the whole thing---if you take away the timer and tell him to do the problems. He goes faster than when the timer is on and with a bit more time than the time test allows, he gets 30/30 every time.
Thankfully, his teacher this year doesn't believe in the Mad Math Minute. She went to a conference that explained in detail how these tests harm the kids that need the most help. Instead, they do math drills several times a week. No clock of pressure (because how often do you have to come up with math answers in real life where speed is more important than accuracy??) and we just work the facts.
Even within this new system, we discovered at conferences that Nathan doesn't complete all the drills. She said he works on them, but he is internally rolling his eyes at how easy they are for him. He will often pick and choose the more difficult problems and skip the easy ones.
We were ready to come home from conferences and jump all over him to do what he's assigned when she told us, "So I spoke to the gifted teacher and said I know he doesn't really need the drills. He's solid on basic math facts and he's bored going over them. I'm allowing him to do half the problems and move on to reading where he can do something appropriate for his level of knowledge. I only make him do all the problems when it's testing that is required."
The gifted teacher was totally on board with this idea. She said that he's rebelling, in his own way, to the boredom he has with basic math. Now that first quarter is over, the teacher is going to start making Math Groups like Reading Groups. She will put him in the advanced group and start teaching more challenging concepts beyond a typical 2nd grade room.
It made me stop and think about repetitive drills. Most children need repetition to make sure they don't regress and lose the skills they previously had mastered. I've seen the reports and have read the research proving that if you don't drill certain skills, kids lose the ability to do them. If you move into multiplication/division and don't keep drilling addition/subtraction, it really happens that children forget how to add. They lose the basic skills we had previously taught and they had previously mastered.
I thought about the phrase 'most children' and the light bulb went off in my head. I know Nathan isn't like 'most children' but I still thought he needed as much drilling as they did to retain. I'm starting to think that our 2E kids in all of their differences are the kids that make the reporting say 'most children' instead of '99% of' or 'all of the children tested'. I think some 2E kids blew the curve in the research. 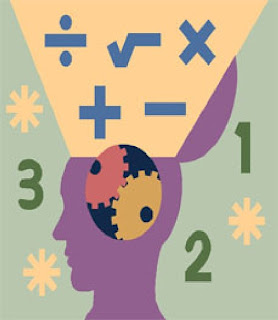 For this year, Nathan has been given a reprieve. He has a teacher who 'gets it' that he isn't like 'every child' and that he spends most of his school day marking time. Could I look into having him skip a grade? Yes, I suppose I could. However, he is already socially inept in many areas and putting him with kids another year older won't help that. I'm pleased that the teacher also wants to start using his 'special ed time' (oh the beauty of a 2E--he's gifted and special ed all in the same kid) to work on social skills. She said there are other kids who need work on social skills and she wants to group them in different ways to practice how to interact appropriately. She also wants to start taking some of his bored time (like with math drills) and using it to force interaction by playing an educational game with a peer. Games where he is forced to talk, communicate and start to learn how to interact.
I came out of our conference very uplifted. His teacher really gets him this year and I think a lot of the teachers in the building are learning from Nathan. I'm hearing from different ones how happy they are to see him doing better and better each month. Several have expressed concern over how to help him socially interact with his peers. (Many noted that he still parallel plays and only interactively plays when asked/pressured by a peer.) I hope all the work and education we're doing with each teacher passes forward. I'd like to do less training each year--hoping that the information is being passed along. I also hope it helps younger 2E kids as they come through the ranks.
Posted by Coolestmommy at 7:00 AM