The Daily Beast has a new article posted about the seeming lack of emotions in many autistic people. I wanted to post it here to let people know of this new theory. While Nathan doesn't have the emotional detach, he pulls away at times. The thing I found the most facinating stuck me about 2E kids. If a Twice Exceptional child experiences 'more' of his/her senses, why is this theory so radical? I don't agree that every Autistic/Aspie child who is detached is super-charged emotionally, but I agree we often brush off these kids when really they are so over sensitive that we don't realize it.

Enjoy the article--I know I did. 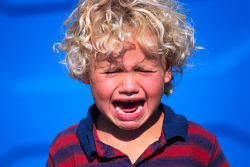